Without further ado, I am most pleased to introduce the nutty characters from The Troublesome Apprentice!


Sundae with the Nuts Vic & Xavier
Today, Liza O’Connor is sending over two characters from her upcoming book, The Troublesome Apprentice. It’s a humorous Late Victorian Mystery series, and we have two guys: Xavier Thorn, the greatest sleuth in England and his Troublesome Apprentice, Victor Hamilton.
CD: Now in order to keep this interview moving, you will take turns answering questions, one answer per question. Got it? Let’s begin. 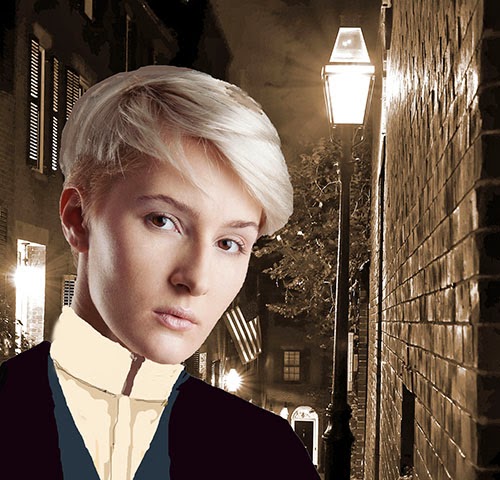 1.Favorite knickers: cotton, lace, silk or errr…leather?
Vic: I prefer cotton for myself, but I must say there is nothing finer than seeing Xavier in his silk sleeping pants. 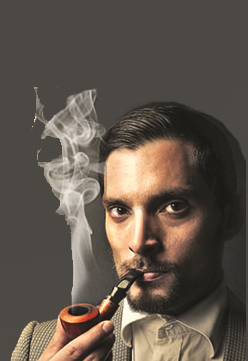 2.You’re up next, Xavier. Who is your fantasy male or female? Or both?
Xavier: My entire fantasy would be Vic. First, I thought Vic was a male, then I discovered she was a young woman who dresses like a man in order to have an interesting life, but either way, her brilliant mind, pleasing looks, and sassy attitude brought my dead cold heart back to life.

3.What language, when heard spoken, makes you frisky?
Vic: I love it when Xavier calls me ‘his pup’ in his sexy low British voice. I must admit, I didn’t like it at first, I thought he was belittling me, but once he explained himself, I realized it was a term of affection.

4.What vehicle, abode, beach, construction site or other locale did you lose your virginity.
Xavier: That event is unworthy to share. However, Vic lost her virginity with her wrists captured by my decadent headboard while I took my time claiming her as mine.

5.Do you believe in love at first sight?
Vic: First sight? Not at all. But I did fall in love with Xavier the first day and night that we met. He not only gave me a job, which I desperately needed, but he assisted me in finding Aunt Maddy’s murderer. Upon discovering she had died because she bought me a pair of shoes, I admit I broke down, but Xavier held me tight and talked me through my pain. By the time I calmed, I loved him with all my heart, only I knew nothing would come of it, certain the moment he discovered I was a woman, he’d fire me.

6.If you could play a board game during sex, what would it be?
Xavier: We play chess, with each loss of a piece requiring the removal of a garment. I always start off well, but when Vic sits across from me nearly naked, I lose my ability to concentrate, so she does win on occasion. 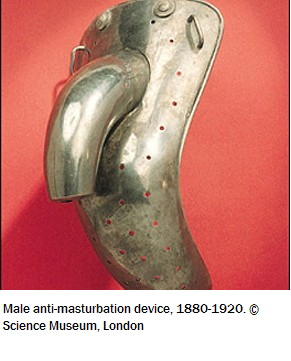 8.Most romantic or sexiest destination out there.
Xavier: We have not had time to travel anywhere for pleasure, and to be honest, we may not for years, but someday if we can ever rid Britain of its crime lords, I would be most willing to take a summer off, enjoying cooler weather elsewhere. Perhaps Switzerland.

And last but not least.

9.Favorite ice cream flavor.
Vic: Oh my favorite is a strawberry sundae with shavings of dark chocolate over vanilla ice cream. It’s all the rage since we now have electric refrigeration houses which has lowered the cost to make and store ice cream. Many of the tea shops have added it to their menus. In fact, I’m hungry. Xavier, we need to stop by Madam Roundtree’s Tea shop for a sundae before we return to work.
Xavier: And you need to teach your body to expect one meal a day. This constant need to eat is impacting our ability to stop crime. And what was that about you assisting me during the investigation of Maddy’s death? I am your master, you are the apprentice! *Heavy sigh* Come along. We will stop at the shop, but you must finish your sundae in 8 minutes. We need to speak to Chief Inspector Stone at Scotland Yard before he leaves for the night.
Vic: You are not my master; you are my employer!
*Vic and Xavier rush off with nary a goodbye*

And a question for Liza O’Connor:
If you become a best-selling author and sell your movie rights, what will be the first thing you do when you hear? Other than contact Cd Brennan and offer to share with her, of course.

I will try not to wake up, given this sounds like delightful dream. However, once I discover they plan to rewrite my entire book and they movie will be very different, I’ll wake up and aspire to be a middling author with a loyal following instead.


Here’s more about the book: 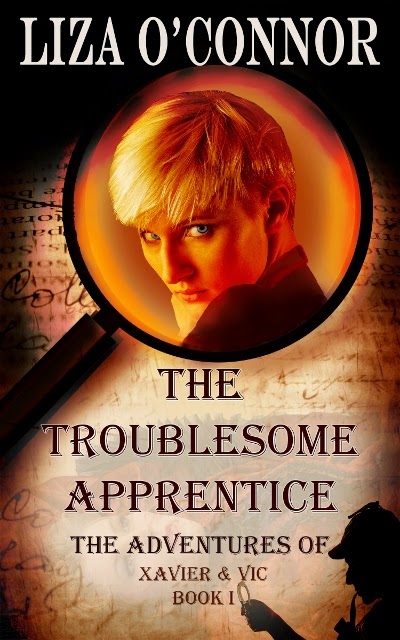 * * * *
Note from Cd: What about that anti-masturbation device! Can you imagine? It's like the male version of a chastity belt. LOL

Thanks to Miss Liza and her crew for coming on the Nuts today! xo
Posted by Unknown 19 comments: Links to this post

NO Nut today, folks! It's the start of my week long campaign to get my books out there. Not only my latest release, A World Apart, but Watershed, too! They are perfect summer beach reads - lighthearted, not too much angst, plenty of romance and a bit of fun.

So for my Summer Carnival this year, I'm metaphorically all over the place from the Bumper Cars to the Scrambler, from the Ring Toss to the Corndogs. I've decided to do a one week intense push of promotion instead of the "smattering" I tend to do over the year, which usually results in not much. I'm interested to know if the intensity will get more readers interested in my New Adult series, and hopefully the word will get out there. 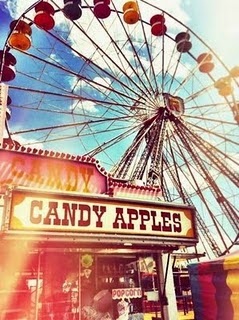 So let's see how it goes! You can help by stopping by any of the blogs below. Would love to see you there. Or, as I highly recommend ha ha ha, pick up a copy from your favorite digital retailer. Watershed will be on sale for $0.99 and A World Apart is only a few bob more :-)

Hope you are having a fabulous summer! My Love Where You Roam series is sure to add to it! xo Cd 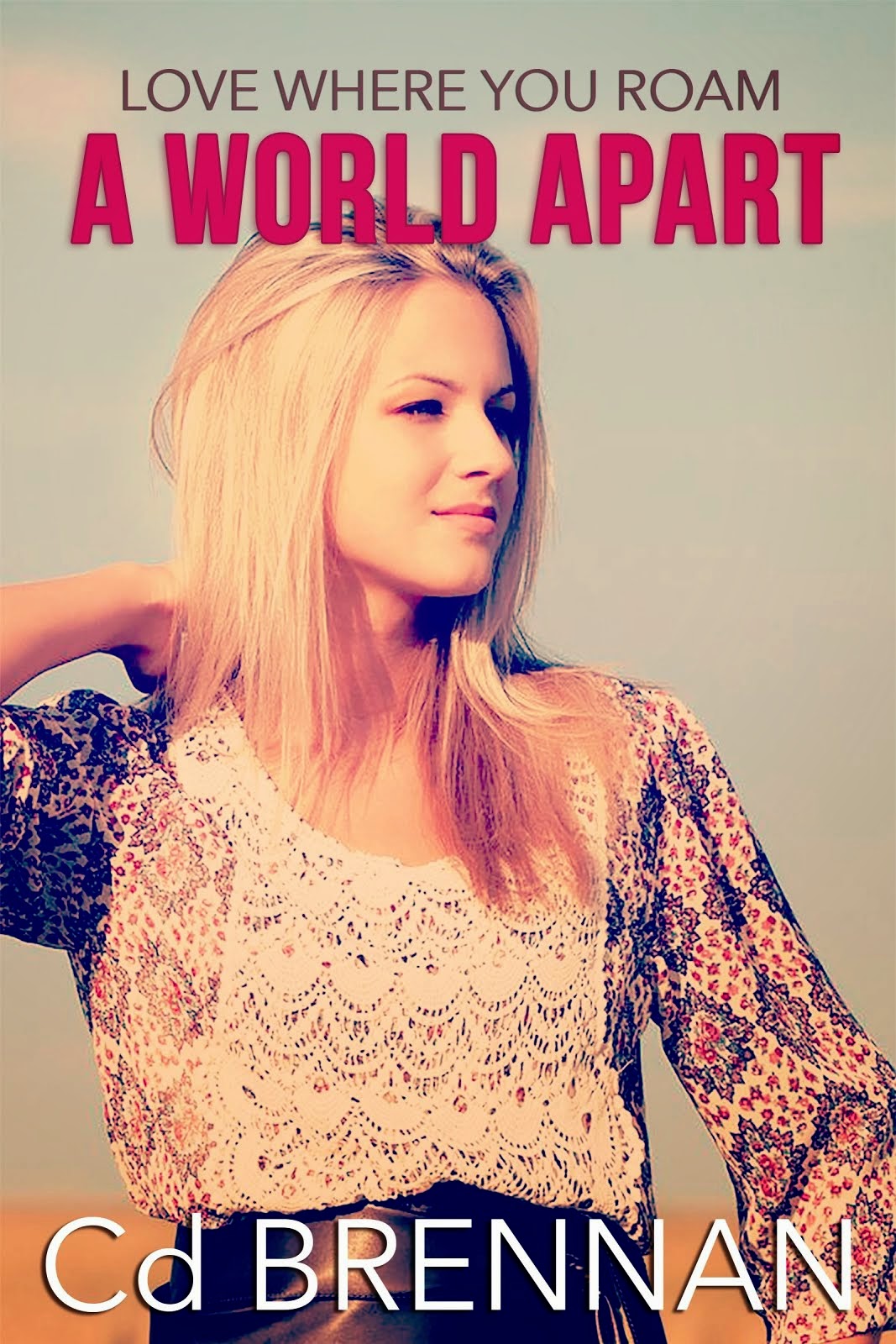 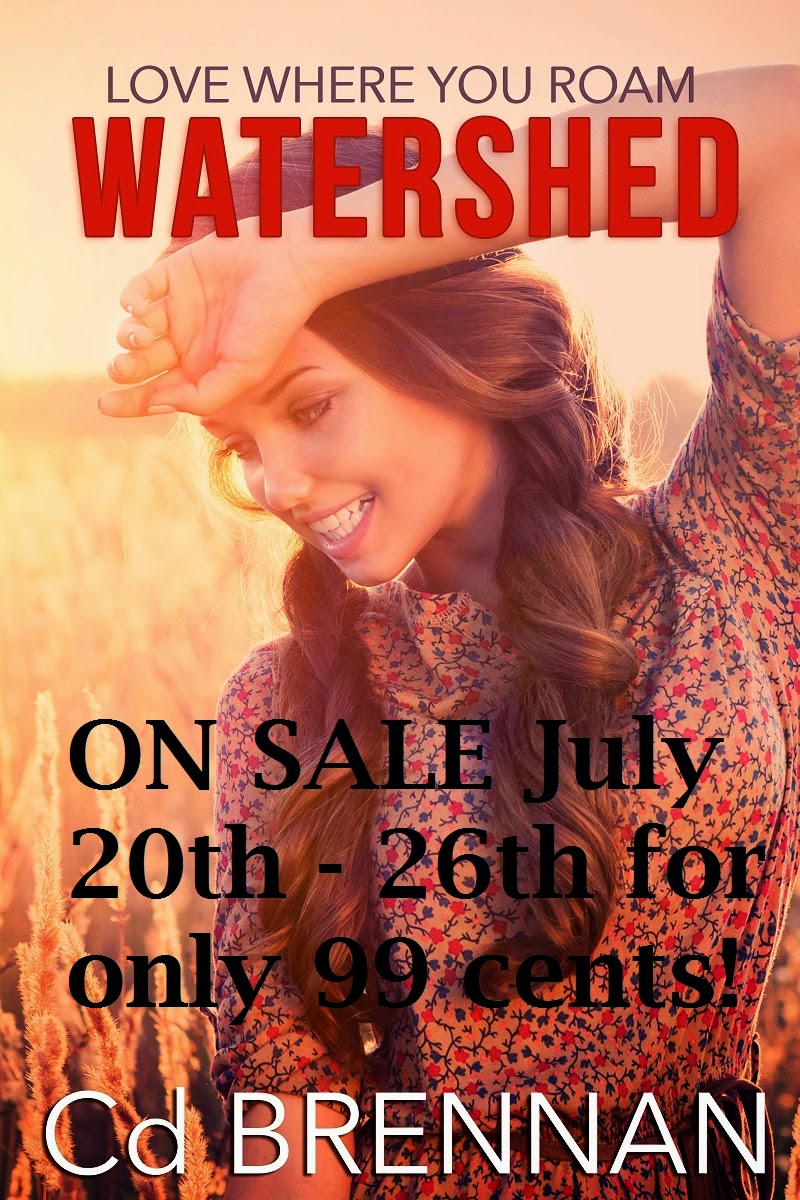 Posted by Unknown No comments: Links to this post

Without further ado, I am most pleased to introduce the lovely and talented (and very brave!) P.H. Turner!

Sundae with the Nut P.H. Turner

1.Favorite knickers: cotton, lace, silk or errr…leather?
Leather makes you sweat too much to keep you mind on the prize. So silky lace it is!

2.Who is your fantasy male or female? Or both?
Male, all hard, hunky male.

3.What language, when heard spoken, makes you frisky? (like Jamie Lee Curtis in A Fish called Wanda)
Ah, French!

4.What vehicle, abode, beach, construction site or other locale did you lose your virginity.
Beach. So romantic, except for all that fine, gritty sand.

5.Do you believe in love at first sight?
Yes!

6.If you could play a board game during sex, what would it be?
Board game? Nah, strip poker.

7.Most romantic or sexiest destination out there.
Sunrise or sunset  on any beach in the world.

8.Who was your first crush or kiss?
That cute boy who sat beside me in first grade. Does this mean I started too young?

9.If you become a best-selling author and sell your movie rights, what will be the first thing you do when you hear? Other than contact Cd Brennan and offer to share with her, of course.
Thank my editor and then book a cruise to Fuji!

10.I wanted to be a helicopter pilot and a cowgirl when I grew up (still do). What did you want to grow up to be when you were a little girl?
A cattle rancher until a calf chased me into a garage on the ranch and I stood on top of the car worrying it could get between the car and the garage wall and eat me.

And last but now least.

It's lovely to have P.H. Turner as my Nut this week. Girl, you are the first one to admit that French is sexy. And it is. I've been to Paris three times, and even though the taxi driver stiffed me by driving in circles, and the waiter most likely didn't give me what I ordered (how would I know?) the language is still divine. And outside of Paris? The French are amazing. I have loads of time for them. I had two great French mates when I lived in Ireland.

Another believer of love at first sight. I honestly don't get it. How can I be one of few that doesn't believe? Am I not romantic enough for the romance genre?

You, my nutty friend, are elevated in rank already amongst the Nuts. Because you would thank your editor if your book went to movie, and I know those gals work bloody hard to make those books shine. They are your confidants, your sounding boards, your literary bartenders, your gurus of the English language. Be kind to them, trust them, and give a shout out on Editor Appreciation Day. Because I know for a fact that most of them do it for the love of the job. Not for the three figure salary they make (pfft, as if!)

Miss P.H. I loved that you wanted to be a cattle rancher, and you know what, I adore that this dream made its way into your debut release with Lyrical, WINTERKILL. Thankfully there are no human-eating cattle in this book. Only a great who-dunnit with plenty of sexy ranchers and a gutsy heroine. 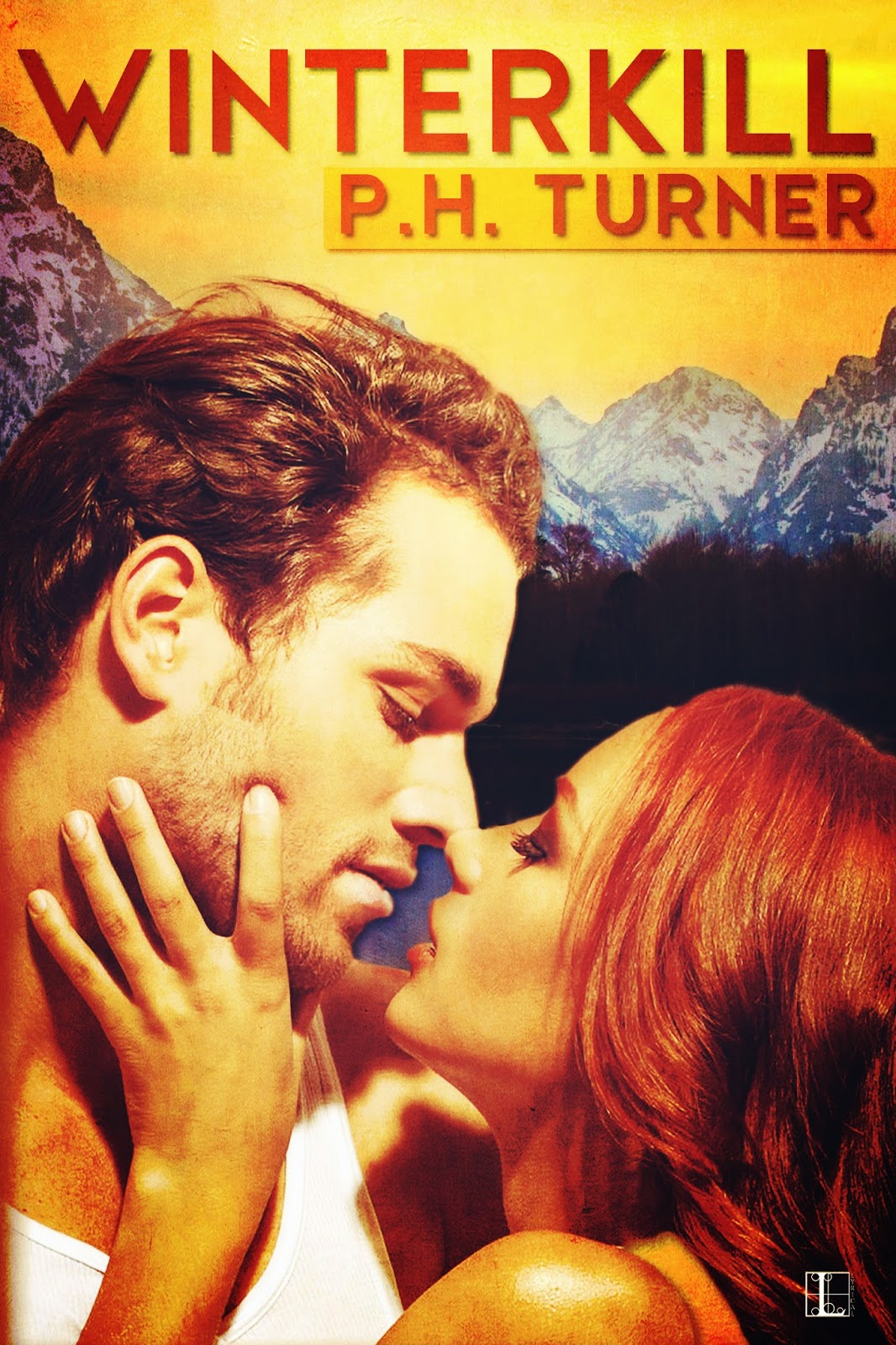